The secrets of Spanish at the restaurant

Probably when you arrive in a Spanish-speaking country, especially in a large city, the local staff speaks perfect English … or almost. That’s where the problem comes in. Not everywhere they will speak good English. That is why it is better not to risk your health on your plate and know all the secrets of Spanish in the restaurant. 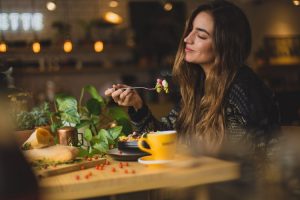 The first thing the staff does when they meet you at the restaurant is to greet you and take you to the table.

It is very good education and, incidentally, you win the staff over if you answer in the native language.

If you have a booking:

The ‘camarero’ (or ‘mozo’ or ‘mesero’, depending on the country), maître or hostess will say: 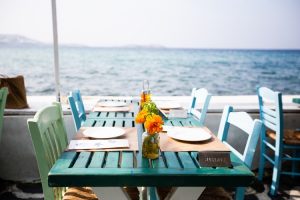 Once seated, they will give you the menu.

If they do not have a menu in English, and you do not understand any word in Spanish, please, we all have a mobile phone with Internet today. You should try to get into Google Translate to translate words from Spanish to your native language because normally the staff cannot use their mobile phone at work. If you do not have data, you can ask for the Wi-Fi key, which most stores have.

In the event that you are in a place without any type of Internet and do not speak a language spoken by the local staff, I hope you sign up for my classes to be prepared 😉

We call the staff as I just indicated in the previous paragraph.

The waiter will ask you one of the following questions -or similar, depending on the country where you are-: 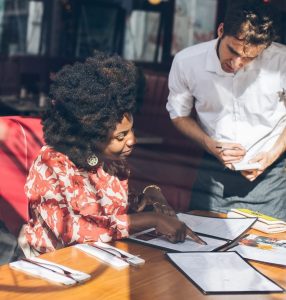 ‘Quiero/deseo’ or ‘¿me puede traer…?’ are the most common options drinks or food.

If you do not ask for entree, as everywhere else, they will insist or try to convince you to ask for an entree or first. As in your own language you can tell them:

If they do not have desserts, that can be possible, you can say:

‘Odio’ when they do not have desserts :P. In fact, my wife first check the desserts and if she does not like them we do not go to that venue or we investigate if there is any place nearby with tasty desserts. We like the sweet and are sweet too 😉

For going to the toilet:

If they do not have soap or paper in the toilet:

The paper can be: ‘papel de manos’ or ‘papel de baño or higiénico’.

To ask for condiments or anything apart from drinks or food or desserts:

I mention ketchup, mustard and mayonnaise because not all locals tend to have. 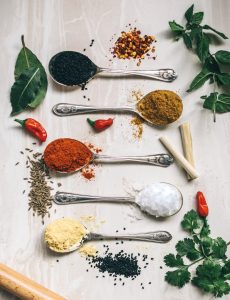 If I go with a kid and needs a highchair:

If I have anything dirty on the table and want somebody to take it away:

If I drop the napkin or some cutlery:

In ALL questions we can always add ‘por favor’ at the end, but with the conditional form of the verb it is already polite.

According to the European Union Food Information Law, the mandatory allergens to be reported are the following:

Normally if we want to pay, we do it at the table. There are places where you pay at the counter.

If we want to ask for the check, we raise our hand:

If you need a receipt for our company:

They will ask you for your details: razón social, domicilio fiscal y C.I.F. (Código de Identificación Fiscal) by its acronyms in Spain. This last data, in the rest of the countries has another name, but it is the same thing.

Then, the ‘camarero’ will ask you:

‘Tips’ is a delicate issue.

There are countries where hospitality salaries are very low and the tip is essential as for example in Mexico, where it is usually 10-15%.

In other countries such as Spain, salaries are good and the tip is up to you. It is normal to leave 2-3 € per couple in a normal restaurant. If you really liked the service and the food of course you can leave 5-10€.

In Spain – or in countries where there is no rule- in a normal restaurant, I usually leave 2€ if it was normal, 3-4€ if everything was correct and fast, and if I liked the service and food 5€. If they took a long time to bring the food and they treated me badly, I leave nothing. I am talking about a meal for a couple of 40-50€, where leaving 5€ would be a 10% tip with a staff with good salary. 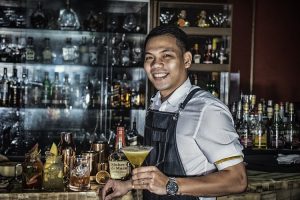 And you, have you already practiced your Spanish in the restaurant? Let me know in the comments, and tell me how many smiles you get from the staff and how is their service after trying to make you understand in their language.

If you have any other questions, please ask me in the comments, so we share it with everyone.